Michael, originally from Scotland, attended The University of Dundee in Scotland obtaining a Masters of Engineering (MEng) in Electrical Engineering in 2005. In 2014 Michael gained Chartered Engineering (CEng) status and is a registered Chartered Engineer with the British engineering council. Throughout his career Michael has also held a number of professional certifications including TuV Functional Safety Engineer (FSEng) and is currently an Instrumentation & Controls Technical Authority for Shell.

Michael currently is the instrument and controls discipline lead on Shells Gato do Mato project in Brazil. Prior to this he lead the Trinidad and Tobago portfolio and has played a key role in the delivery of GOM projects such as Appomattox. He currently resides in Houston with his wife and two children.
Company
Shell 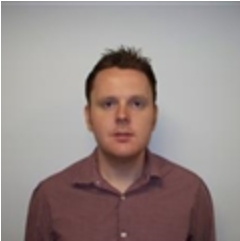